Charming Fantana, a female artist, sparked outrage on social media after posting a raunchy video of herself jamming to her yet-to-be-released visuals for her upcoming music video.

The beautiful songstress took some time off the music terrain. She appears to be back this time with a dope, if not banger, song.

According to the trailer video for her upcoming song, which she stated will be released on Friday, August 5, 2022, the title of the song is “Touch It.”

The ” So what” hitmaker is expecting to thrill her fans after vanishing from the music industry for a while.

Everything in the video she shared indicates that her upcoming song will receive widespread airplay across the country.

Fantana is quite controversial because she has been seen on social media posting radiant photos and sultry videos of herself.

Netizens and her fans were ecstatic that their idol had released a new song after being out of the music industry for a long time. They eulogized her and showered her with compliments. 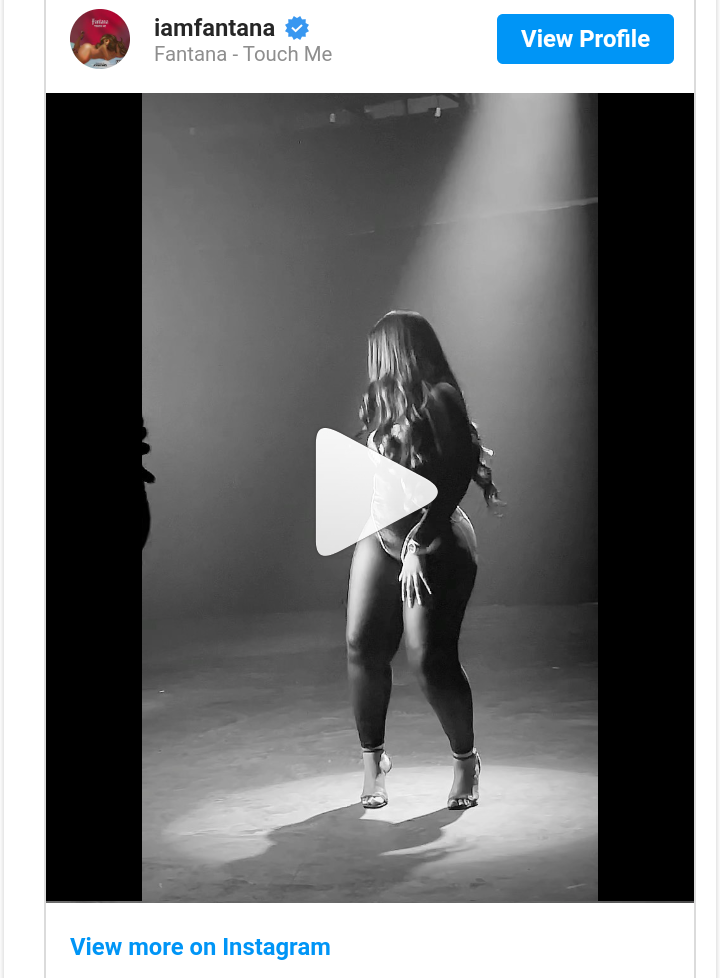 Pep Guardiola Opens Up On Bernardo Silva Joining Barcelona; Here Is What He Said.