HomeEntertainmentEnough Of This; We Won’t Allow You To Do This To The President – GTV Serves Strong Notice
Entertainment

The Ghana Broadcasting Corporation has served a notice to the general public about some trending video of President Akufo Addo.

In the said video, President Akufo Addo was seen signing the book of condolences of the Late Queen Elizabeth.

However, some persons looking for mischief have picked the video and doctored it with a different caption. The original caption in the video was “President Akufo-Addo signs book of condolence at British High Commission“.

This caption has been changed by some media persons and have now captioned it as “Ghana President writing his final exams at the UK Embassy“.

The media house is therefore urging the general public to disregard such video because it is fake. They added that this caption is not from their camp. They have therefore reported this trending video to the National Media Commission to investigate this matter and make sure that suspects face the wrath of the law. They also added that they can’t let some media persons do this to the president. 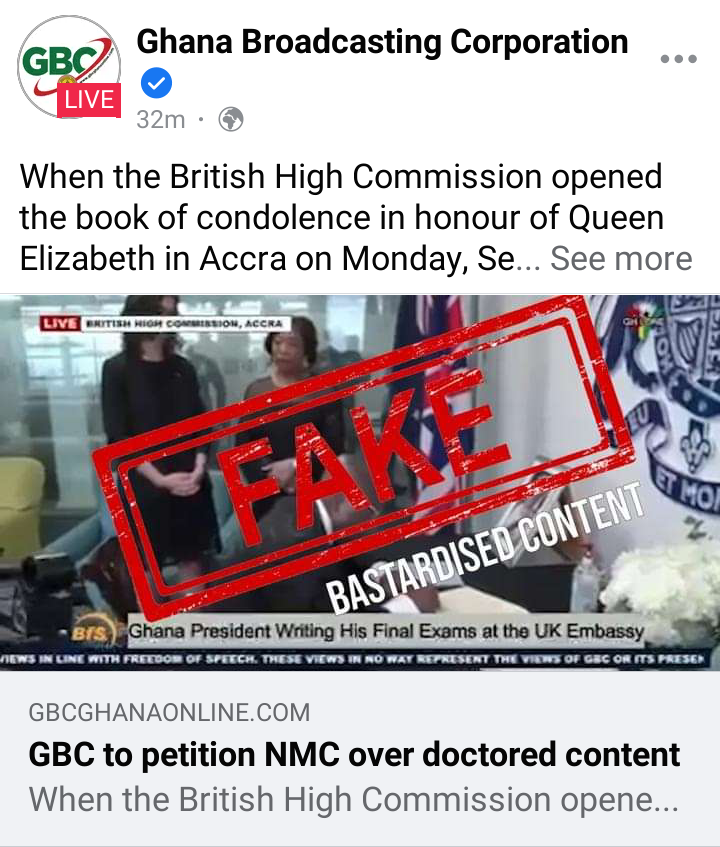