Yesterday, Ghana marked Founders’ Day. The day is a statutory holiday to celebrate the lives of all those who contributed to the independence struggle. However, not all have accepted this new holiday. Many have accused President Akufo-Addo of trying to make a name for his father by acknowledging all other leaders to fight for independence. 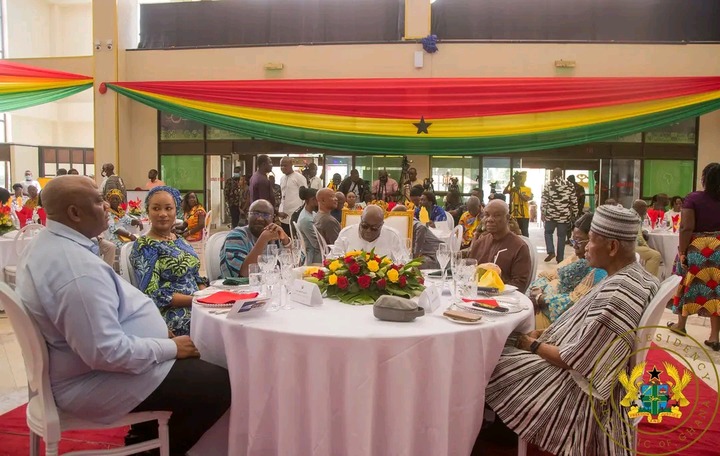 The critics have insisted that Kwame Nkrumah is the sole personality who led and completed the independence struggle. They have thus claimed that the day should be declared Founder’s Day. Yesterday President Akufo-Addo organized a luncheon for senior citizens to mark the day. The President paid tribute to The Aborigines Rights Protection Society and the United Gold Coast Convention. Surprisingly, the Convention Peoples Party was given little mention.

Interestingly, during the dance session, President Akufo-Addo was spotted dancing with Nana Konadu Agyemang Rawlings to some old Ghanaian tunes. This got tongues wagging as many knew their relationship had improved but not to the extent of dancing. Johnnie Hughes on Johnnies Bite today Friday, August 5, 2022 has reacted to this. Johnnie wondered why there was a presidential get-together with at a time when the country is bleeding.

According to Johnnie, Ghanaians should not be surprised seeing the former First Lady and President Akufo-Addo dancing to old tunes. He explained that the future is pregnant and anything can happy. Johnnie cautioned the youth and social media soldiers who are always throwing insults at politicians to stop. He charged them to stop because no one can tell what the future holds and enemies could suddenly become friends.