Abeiku Santana of Okay FM has been asked to stop distorting the history of Fantes. The reply comes after Abeikuade the assertion that ,the only Kingdom that fought and resisted the British in Ghana is the Ashanti Kingdom.

In a reply by a Fante page called, Cape Coast Oguaa, the writer noted that Fantes past history maybe of war and misunderstanding but the brotherly love have been in existence since the days of Prempeh II.

“From Fante New Town to Ashanti road in both Kumasi and Cape Coast and the many inter- marriages that have given birth to great minds.

We are also aware that in Akan inheritance system Abeku Santana is an Asante because your mother is an Asante even though your Father is a Fante. This post is not a counter claim to your video circulating in the media but to correct some of the comments you made 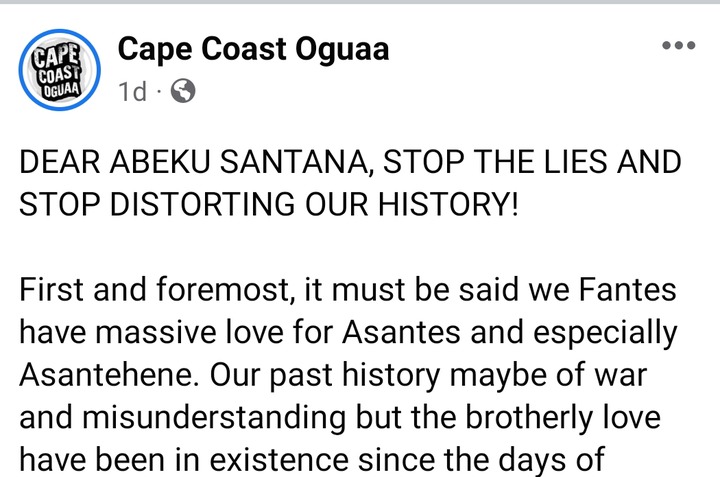 Your claim that Elmina people are Asantes is wrong. First and foremost Elmina was founded by Nana Amankwa from Eguafo in the 1300’s. As far as history is concerned the people of Eguafo (Elmina, Komenda and Shama were all under Eguafo) do not trace their roots Adansi, or even Bonomanso. As a matter of fact Elmina and to a larger extent Eguafo are one of the oldest states in Fante which dates back more than 1000 years ago.

The people of Bantuma in Elmina maybe Asantes because according to history they were brought in by the Dutch to fight against Fantes in one of the Fante-Dutch/Elmina wars. Asante also protected Elmina because it was key to their trade and relations with the Dutch. Asantehene even had a representative residing in Elmina. So yes, some of the people in Bantuma may have Asante orgins.

Again, the bond of 1844 had nothing to do with present day Ghana and colonization. The Bond of 1844 was signed between the Fante Confederacy and the British. It must be stated that, the British were not the only people on the coast so the Bond of 1844 could not have represented the whole Gold Coast.

The Dutch had already annexed Elmina and made it an Asante territory, therefore the Bond of 1844 was signed as a means of allegiance to protect the Fante Confederacy from further Dutch annexation.

The bond was also to use British rule and laws to punish offenders instead of the babaric treatment of offenders. This gave the British the authority to build the first supreme court in West Africa in Cape Coast in the 1850’s. The Dutch and Danes were all on the coast and they had their territories and allegiances, therefore the Bond of 1844 had nothing to do with the whole Gold Coast. 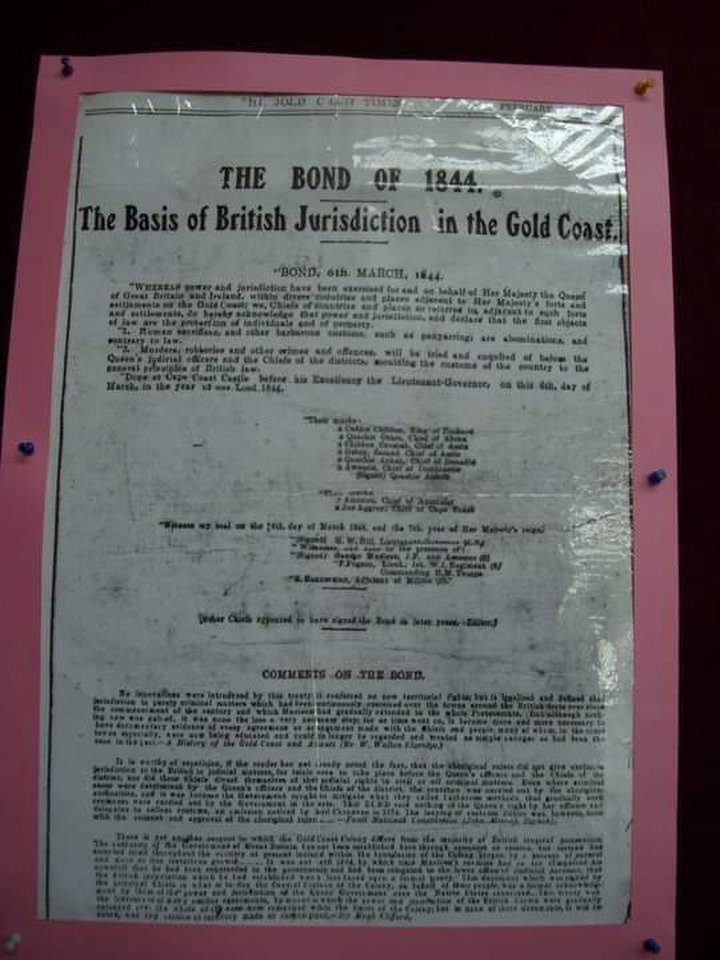 Yes, Elmina didn’t join the Fante Confederacy because at that time Elmina was Dutch controlled and the Dutch were allies with Asante. However, the confederacy extended to present day Western region where the Chiefs of Wassa, Aowin etc joined the Confederacy by signing an allegiance note. Elmina also became a powerful voice in the formation of Aborigines Protection Society after the Dutch left.

You also claim Ameyaw Ekumfi seperated from Opoku Ware so Fantes are also Asante? This is also false because, when Fantes separated from their brothers and sisters in Bonomanso in the 13th century there was no Asante or Opoku Ware. 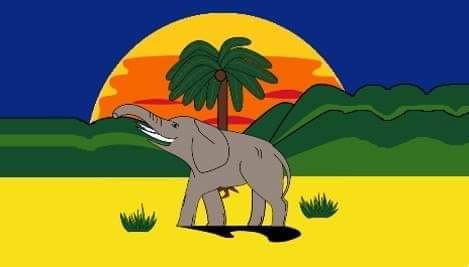 They migrated to present day Central Region because some of them didn’t join in the formation of states to fight against Denkyira and also fled from the many wars waged by Asante in the interior. Fantes and Asantes are both Akans which includes Bono, Akwamu etc but Fante is not part or under Asante. That does not make them Asantes. The Fante Confederacy is a made up of independent and democratic states.” The author said.

Fantes may have not fought the British many times but war isn’t the only way of resistance and the British were not the only Europeans in Gold Coast. King Aggrey of Cape Coast was the first Traditional ruler to be sent into exile for resisting British rule. 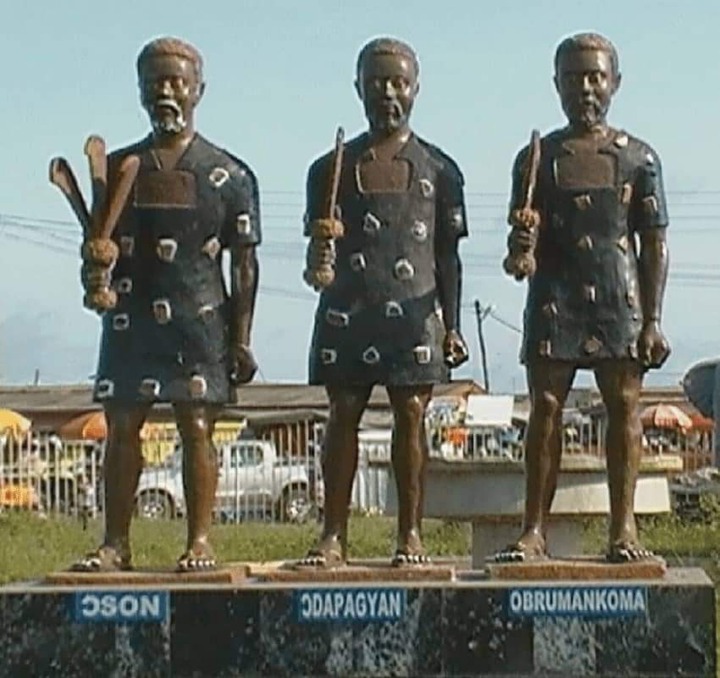