Vice President Bawumia is trending for rather unusual reasons. The Vice president has come under so much backlash from Ghanaians, especially those of the opposition National Democratic Congress. The NDC have waged a campaign calling on President Akufo-Addo to sack his head of the Economic Management Team.

Well, while speaking at the launch of the 175th anniversary of the Evangelical Presbyterian Church of Ghana, the Vice President made a rather controversial statement. This statement has been picked up by the opposition to start a new trend for the Vice President. Bawumia mentioned that he once served as a member of the Methodist Boys’ Brigade before his mum converted to Islam. 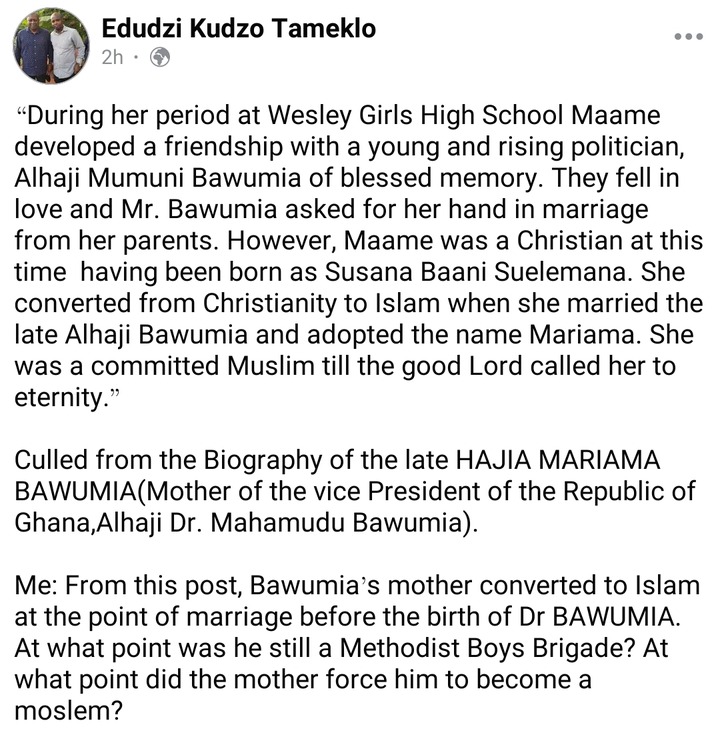 However, in a sharp contrast some NDC big wigs have interrogated that claim and realized that what Bawumia said isn’t entirely the case. Edudzi Tamakloe is one of such who in a post has illustrated with proof that Bawumia might have given some false commentary. Edudzi Tamakloe mentioned that according to a biography of Hajia Mariama Bawumia, (mother of Vice President Bawumia), she converted to Islam after marrying Bawumia’s father. This then means that before she gave birth to Mahamudu Bawumia she was already a Muslim. 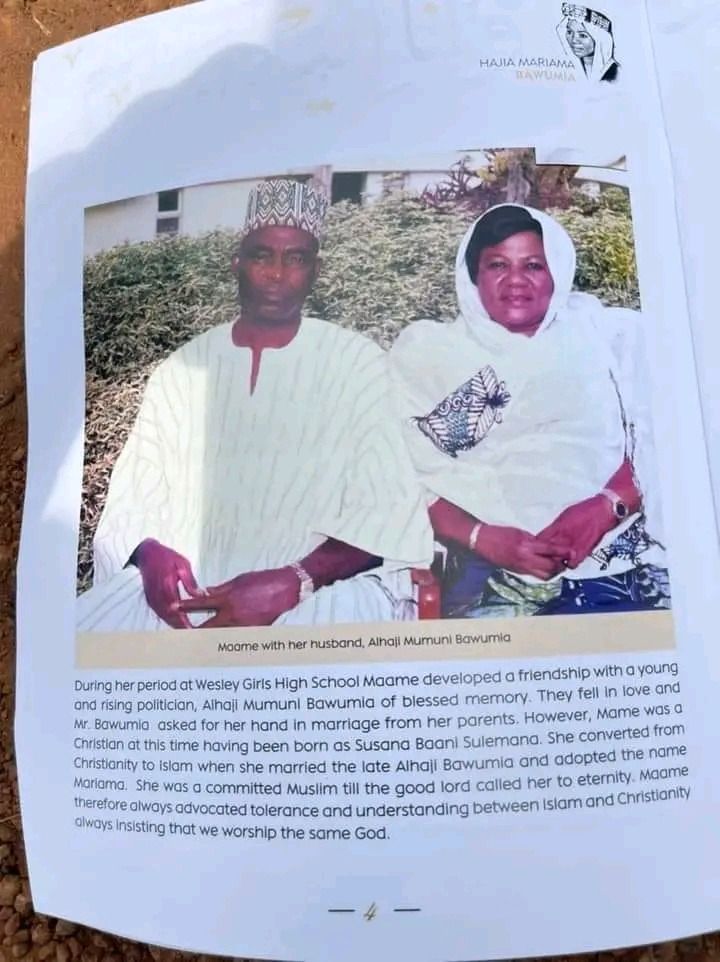 The question then is then at what point did Bawumia become a Christian and participate in the Methodist Boys’ Brigade since both parents were Muslims? Another NDC activist, Princess Law has boldly stated in a Facebook post that the Vice president lied just to appease the Christian body and plan for the next elections. Check out how Ghanaians are reacting to this revelation. 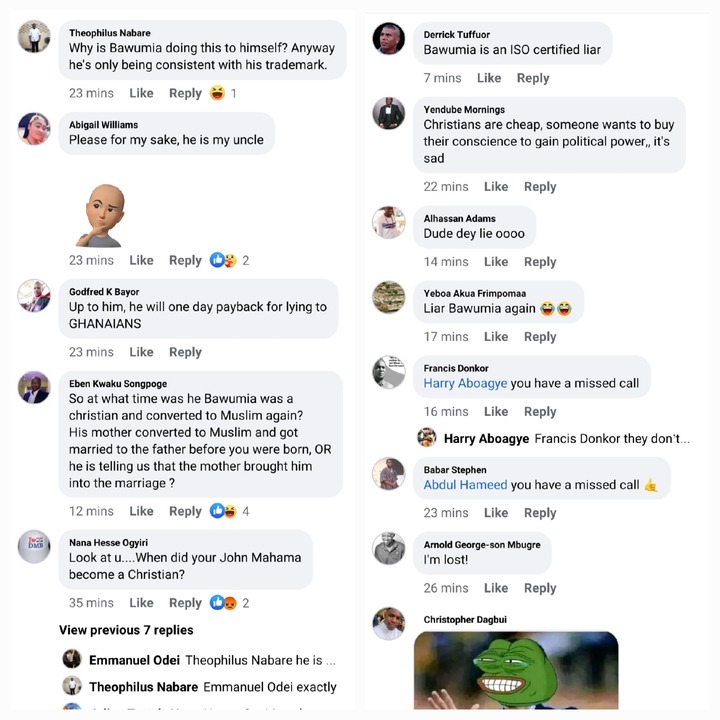 Is Bawumia right on this matter or you feel otherwise?

William Ruto declared winner in Kenya’s presidential election, with 50.49% of the vote

GPL transfer window extended to next Monday, check out the latest signings

[Video] Captain Smart Sends A Bold Message To Pentecost Chairman; Calls For The Suspension Of Elders