The burial ceremony of the Omanhene and Hemaa of Juabeng was slated today, 14th May, 2022 to 16th May 2022, which is already in procession.

As a result, the king of Ashanti Kingdom, Otumfour Osei Tutu II through Manhyia Palace has announced according to tradition, the outline of his visit to the funeral home. 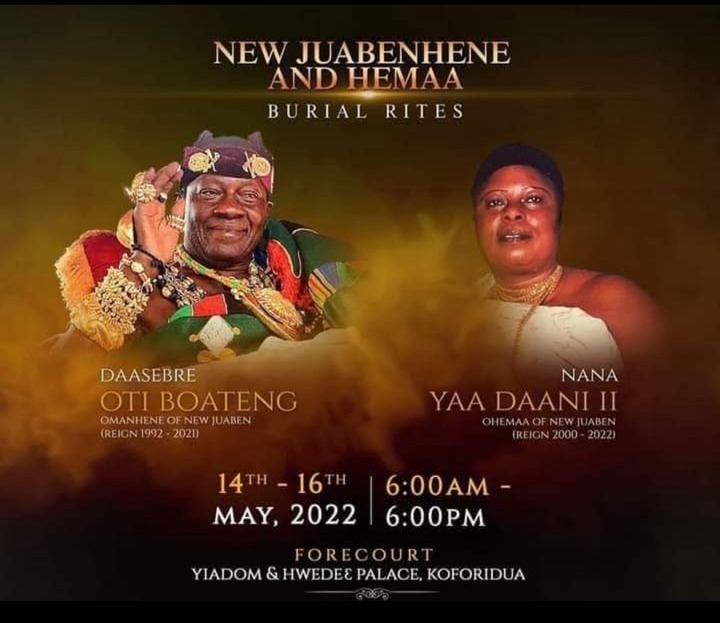 As Asante custom demands, tomorrow, the Asantehene Otumfuo Osei Tutu II will go to New Juaben (Koforidua), “Ohene bɛkɔ akɔ siri pɛ anadwo mu no nyinaa” the statement read in Twi, which is translated as Wake keeping throughout the night at Koforidua. 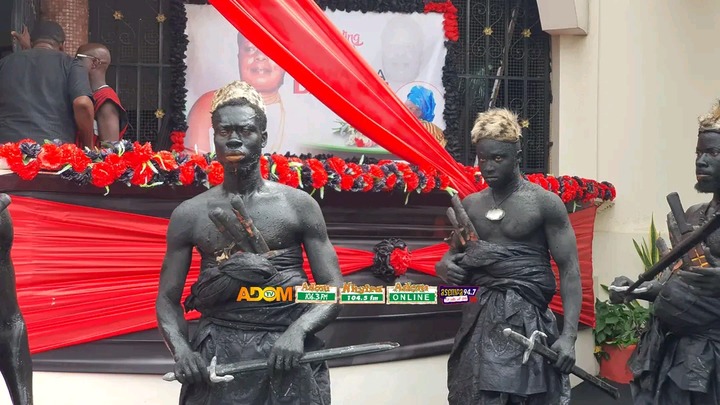 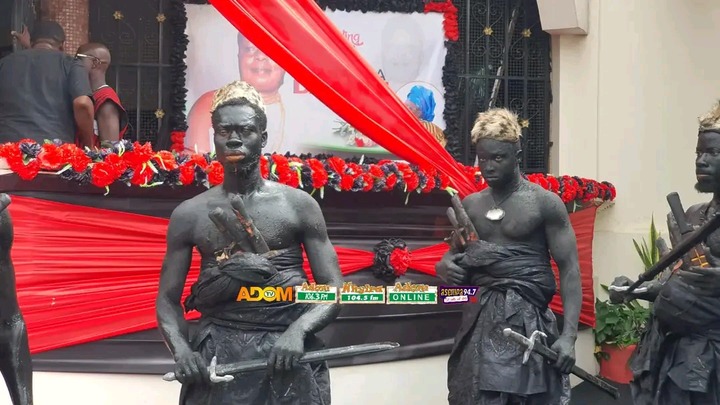 Then the Grand funeral day which is Monday, Otumfuo will delegate Kumawuhene, Barimah Sarfo Tweneboa Kodua to represent him at the Doteyie of the late Daasebre (Prof. Emeritus) Oti Boateng and Hemaa Nana Yaa Daani II. A lot of Asante Amanhene, Abrempong and Asahene will be present at New Juaben to mourn with yɛn Abusuafoɔ a ɛwɔ Apue Mantam ahenkro, the Lions of the East.