Leader and founder of Anointed palace chapel Rev.Obofuo and wife Queen Ciara are one of the celebrity couples who are most talked about in the country. A day doesn’t go by where this couples ain’t talked about in the media space especially on social media. There has been so many rumors and allegations leveled against them which they come out to debunk some and sometimes too keep mute on some issues. Aside these rumors and allegations, one thing which which seems to be binding the couples together is the affection they have for each other and their children.

Rev.Obofuo is the type who doesn’t joke with his wife and it’s evidence in his videos and how he defends his wife anytime someone comes after her. There was even a time where he was showering praises on his wife during church service where he was admiring her shape and Beauty. The couples have 6 children with the last being Triplets 2 boys and a Girl. Let’s take a look at his first 3 children before the triplets. 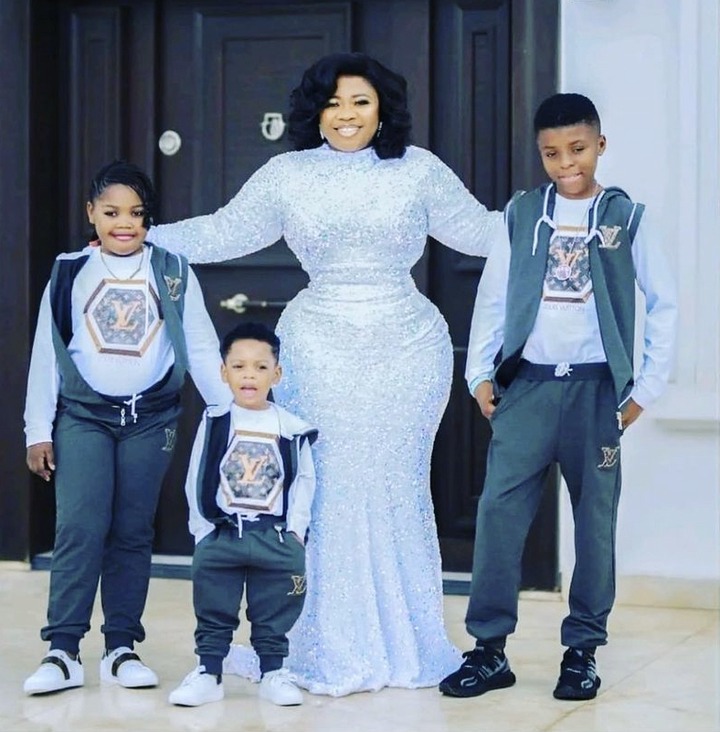 Content created and supplied by: DailyNews360 (via Opera
News )