Some days ago, Vice President Mahamudu Bawumia revealed to Ghanaians that he was once a Methodist member and was part of the church’s boys brigade. He stated that it all changed once her mother switched to Islam.

When Dr Mahamudu Bawumia made this revelation a lot of Ghanaians have chastised him and some have said he was lying. According to some people, Dr Mahamudu Bawumia wants to align himself with Christians so that devoted church goers or christians will vote for him to become the flagbearer of NPP.

Today, a former NPP MP has also joined the discussions which are going rounds. Hon Edward Ennin who is a former MP for Obuasi East Constituency have stated that he has seen the tricks of Dr Mahamudu Bawumia.

He stated that every well thinking Ghanaian is aware of the trick Dr Mahamudu Bawumia is using and to him he will never fall for it. 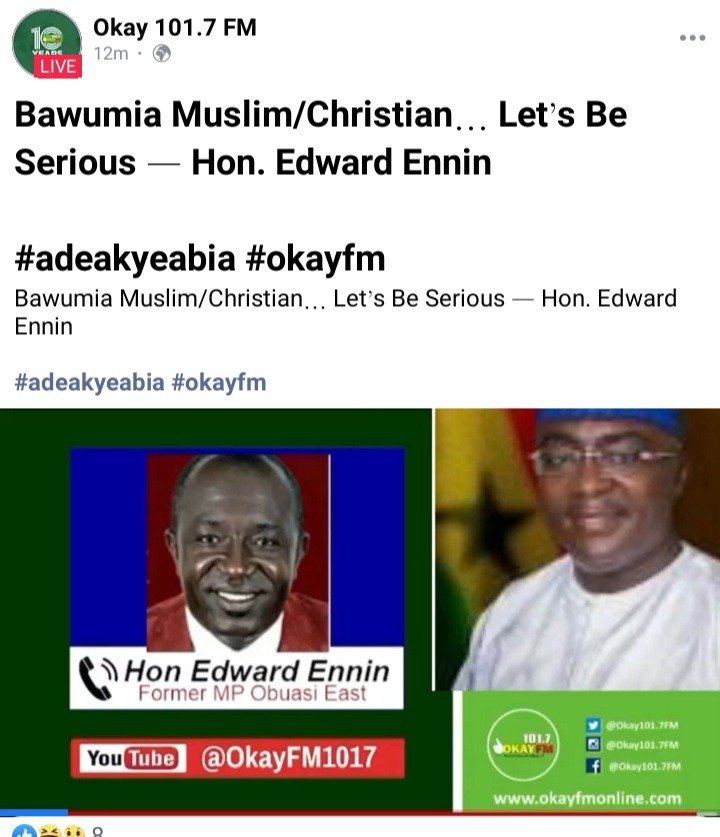 What do you think about this news? Do you think Vice President Mahamudu Bawumia wants to align himself with Christians so they vote for him? Let us know what you think in the comment section.

Check out photos of daughters of Bridget Otoo, Gifty Anti and Tracy Boakye

Lukhanyo Am – the shining light in Springbok defeat to All Blacks