The recent unexpected news that has caused massive reactions across all social media platforms was when the unexpected photo of the Vice President, Dr. Mahmoud Bawumia finally popped up online.

According to the renowned musician, Rex Omar, the Vice President of the Republic of Ghana, Dr. Mahmoud Bawumia lied about a tribute which was written to eulogies his deceased mother, Mariama Bawumia concerning switching from Christianity to the Islamic religion as it happened years before Dr. Mahmoud Bawumia was even born amongst other related issues.

“According to Dr. Bawumia and siblings in the written tribute to their late mother upon her death, she converted from Islam to Christianity when she met and married the late politician, Alhaji Mohammed Mumuni Bawumia. The mother then replaced the Islamic name, Mariama, upon conversion to Islam and left her birth name of Susana Baani Sulemana. That conversion happened long before the birth of Bawumia. So, what prompted the ‘Timothy’ Methodist Christian name of him as a youth as narrated by him when in reality his mother was a Muslim before he was born”, Rex Omar emphatically revealed. 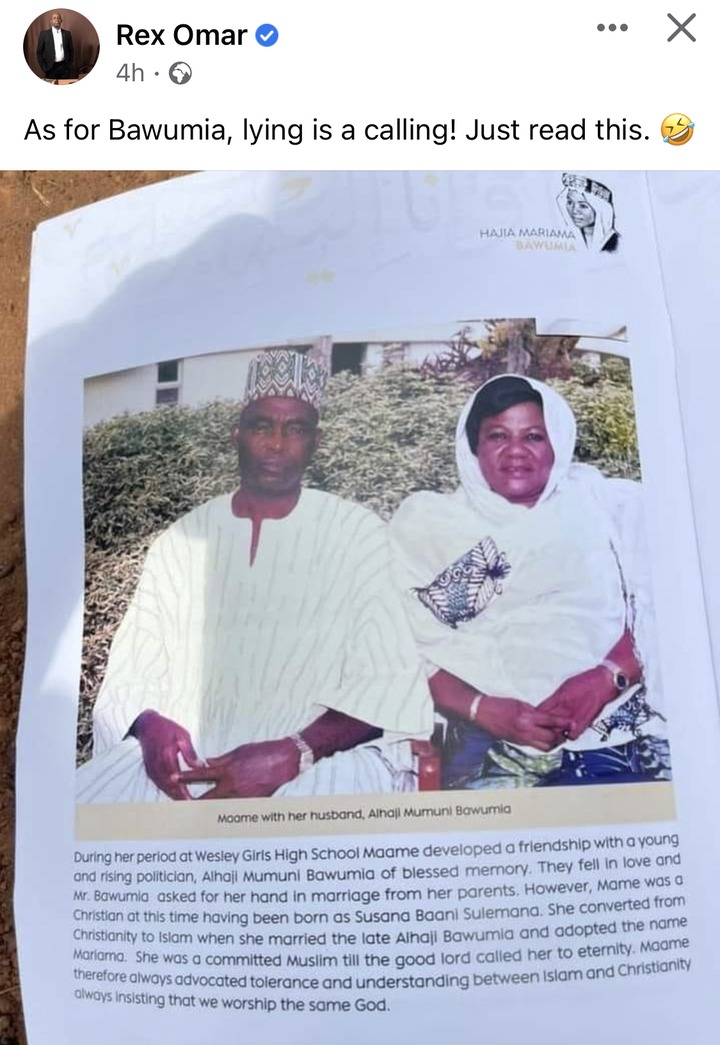 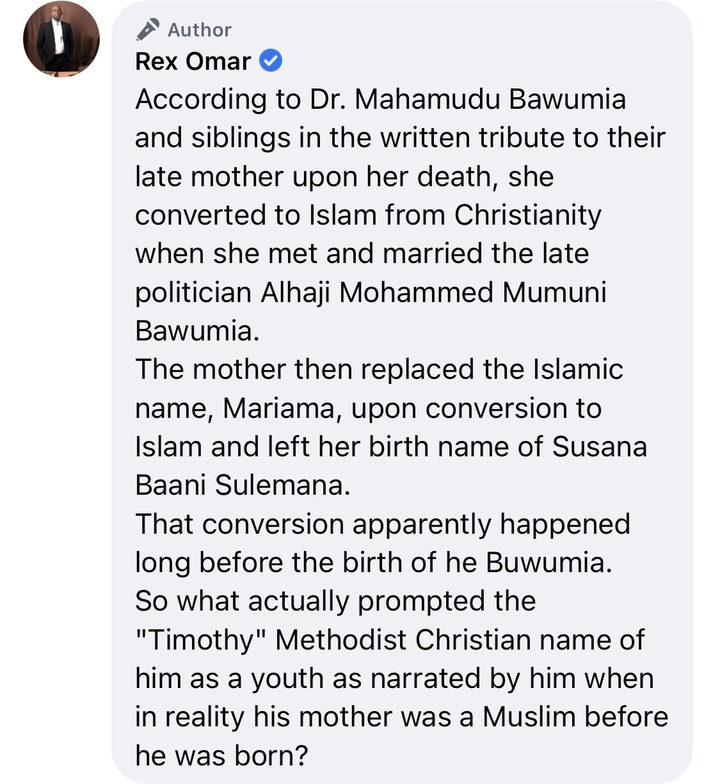 Do you think it was right for the Vice President of the Republic of Ghana, Dr. Mahmoud Bawumia to unexpectedly lie to Ghanaians about his religion as revealed by Rex Omar even though most Ghanaians claimed otherwise?

are your thoughts after the Vice President, Dr. Mahmoud Bawumia was unexpectedly exposed again over his religion amongst other related issues that have caused massive reactions online even though most individuals claimed otherwise?

“As Long As They Didn’t Kill Anyone, Don’t Dismiss Police Men” – Shan George

Glimpses of life left behind in library books