Currently in Ghana, a close study could reveal that, there is not a single passing week, without a sad story hitting the nation.

Most of these sad stories, are those coming from road accidents, which is currently taking more lives than could ever be imagined.

In the latest news, another ‘deadly’ accident has been reported from the Central Region of Ghana. 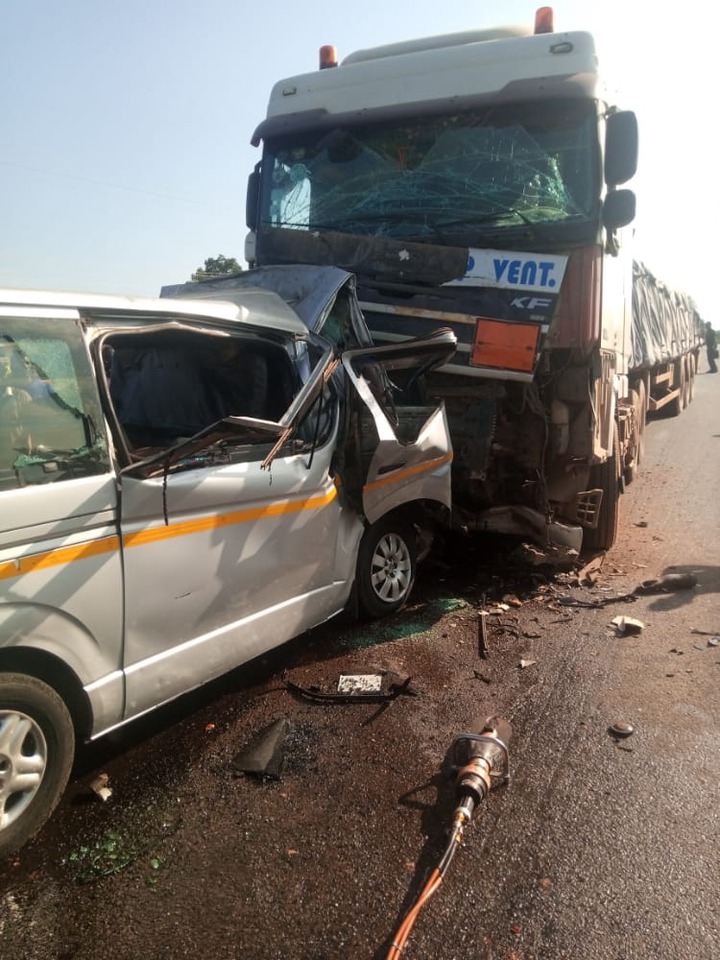 An information reported by myjoyonline.com reveals that, the accident; which happened in a town called Eduagyei; on the Elmina -Komenda junction road in the Central Region. have killed twelve people.

The accident involved a DAF trailler and a Toyota Hiace Bus.

An an witness report from the accident scene reveals that, “the DAF trailer which was heading towards Takoradi in the Western Region, was fully loaded with cement bags; whiles the Toyota Hiace, carrying passengers, was also heading to Kumasi from Takoradi”.

The trailer; according to the eyewitness report, alleged, “overtook a vehicle ahead of it in a poor visibility area, due to smoke from a burning bush, and as a result, run into the Toyota Hiace bus”. 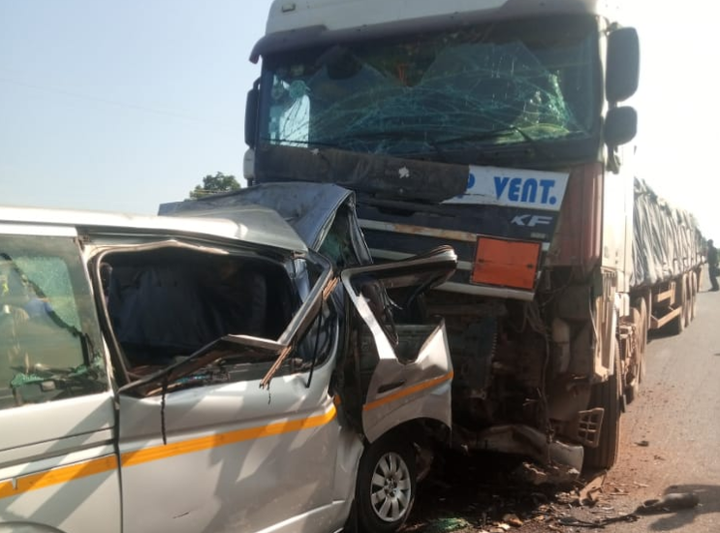 The report added that, “The dead include 5 females and 7 males. Their bodies have been deposited at the Cape Coast teaching Hospital Morgue for autopsy”. 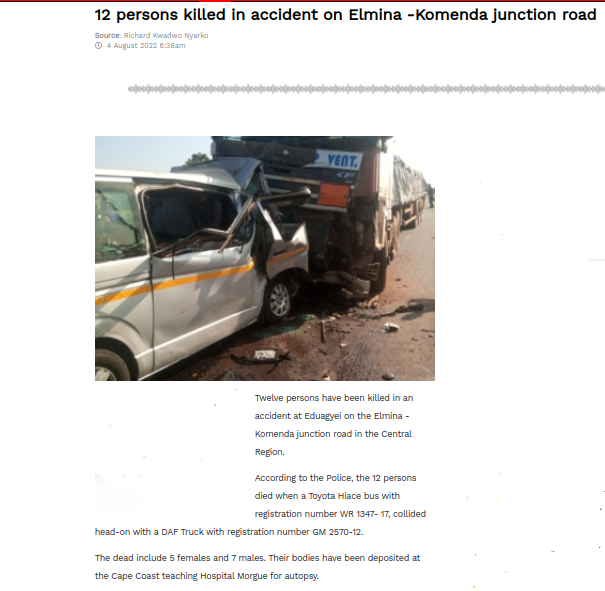 The accident also saw one person was injured, and has been rushed to the Hospital.

According to my myjoyonline.com report, “The Ghana National Fire Service reports that, they received the distress call at 15:50hrs from a Police officer, and their rescue team was quickly dispatched to the scene from the Elmina Fire Station”.

According to the Fire Service team, upon their extensive search for survivors, “they found only one person alive. Meanwhile, the whereabouts of the driver of the DAF Truck is yet to be known”.

Our children were fathered by our driver, not my husband; a young lady opened up