The Ghana Black Stars will on Friday play against the Selecao Canarinho of Brazil as part of preparations for the upcoming World Cup.

Coach Otto Addo’s 28 man squad have all reported to the training base in France and the team has started training for the upcoming friendlies. 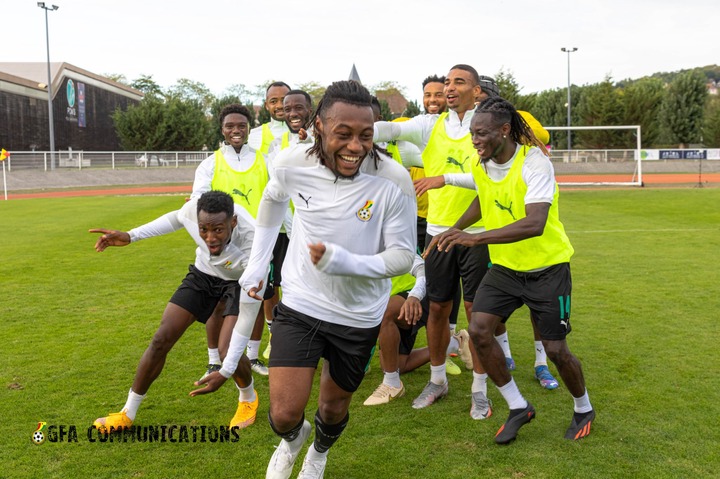 In new photos sighted by this platform, the mood at the camp is described as lively and fun but the players have also been described as focused and trying to understand the demands of Coach Otto Addo. The new players that joined the squad, Tariq Lamptey, Inaki Williams and Ransford Yeboah have been warmly welcomed by the old members of the squad.

The Black Stars will continue intense training sessions today as the dates for the friendlies get nearer.

The Black Stars are the underdogs in their World cup group with Portugal and Uruguay deemed the favourites to qualify out of the group to the round of 16. South Korea are the other group opponent the Black Stars will face at the World Cup. 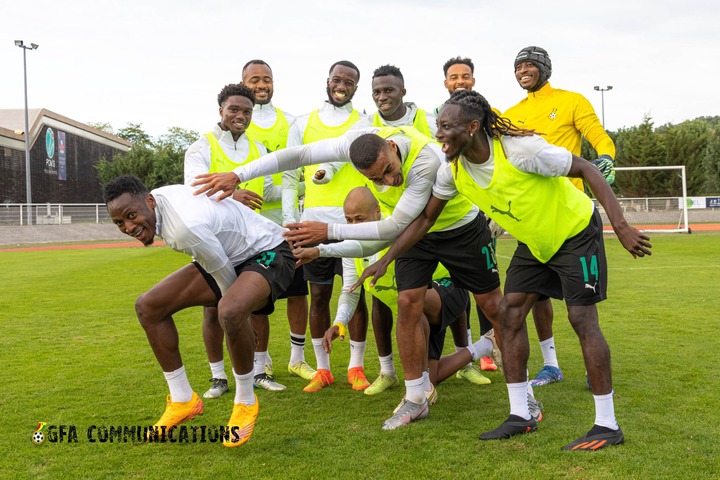