Selina Nkansa, a mother of one a resident of Sepe-Dote was staying at Domease when she got into a relationship with Nana Kwame, Months later she went to stay at Sepe-Dote to start learning a skills, a few weeks later she found out that she is pregnant for her boyfriend. The lady added that she travelled back to Domenase to inform him about the pregnancy but her boyfriend told her that she is immature for telling him that he is responsible for the pregnancy

Selina said she went back to her mother’s place to inform her about what Nana Kwame told her, both families met and had a discussion about the pregnancy, Nana Kwame made it known to the whole family that he will accept it if the lady is three months pregnant. She went for an ultrasound scan which indicates that she is four months pregnant due to this her boyfriend denied the pregnancy, they too didn’t do anything to him. 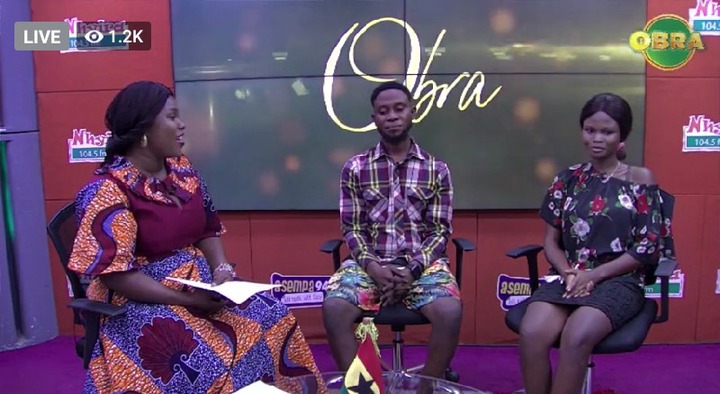 Few months later, Nana Kwame came to plead with her to forgive him, he revealed to her that their pastor prophesied to him that his life will be miserable if he doesn’t accept the pregnancy and take the responsibility. Salina had sympathy for him and accepted his apology, he too gave her GHC150 to buy whatever she needs for their unborn baby. He also came to visit her after she gave birth and again gave her GHC70 which was the last money she received from Nana Kwame.

According to the young man, he is a barber but he doesn’t earn much money from his work that’s why he has not been able to take care of his son all this while. He stated that Salina’s friend revealed to him that he is not responsible for the pregnancy but it was Salina’s ex-boyfriend who impregnated her that’s why he too denied it. He explained that he has tried all his possible best to support Selina to in catering their child but it seems that it is not enough for Selina.

The Truth Must Be Told; Frimpong Kodua Went To Kumasi Because Of That Walk- Nana B Finally Speaks