According to new research from Stockholm Institute, there is a 6.5% decrease in arms imports to Africa over the last ten years. This is because more local manufacturers are joining the lucrative industry, which made over $25 billion in 2019.

Here Are The Six (6) African Countries That Produce And Even Export Weapons To Other Countries.

It started during the cruel apartheid regime as part of white people’s desire to keep blacks under military control. It consists of assault rifles, handguns, and even attack helicopters. It also manufactures advanced weapons like light armored vehicles and anti-tank missiles. They are exported to the United States, China, Sweden, Saudi Arabia, and UAE. 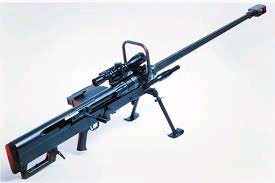 It started producing weapons in the 1820s. Their locally manufactured arms include ” warships, artillery, rifles, bombs, and ammunition. It exports to the Middle East and various parts of Africa. It has aircraft factories, ammunition, and small arms companies.