The Energy Minister who also double as the Member of Parliament for Manhyia, Dr Matthew Opuku Prempeh has said that 2024 will be interesting.

According to him, he will be very glad to see His Excellency the Vice President, Dr Mahamudu Bawumia, competing with John Dramani Mahama, the flagbearer of the National Democratic Congress (NDC) because he sees an interesting competion.

Speaking in an interview on Peace FM’s “Kokrokoo” programme, the Energy Minister says 2024 will be interesting because there will be comparison of records.

To him, comparing the two candidates, both are from the Northern Region, and that will be a draw when we talk about where they are coming from.

Secondly, Dr Matthew Opuku Prempeh says when it comes to the Zongo community, Dr Mahamudu Bawumia will say he is a Muslim but John Mahama is not and so the former will win a point there and the later will lose a point. “after the North to North; we then get to the Zongo to say I am a Muslim, you are not a Muslim.”

Thirdly, Napo made another comparison of which of the Ghana’s Vice Presidents that a Committee has to be set up to investigate corruption allegation against.

“Then we get to when you were a Vice President, a Committee was set up to investigate corruption but none of that has been recorded under this Vice President.”

He noted again that under whose administration was there dumsor for four years and who also don’t have any of such record.

“Lest I forget, last one, a President that recorded four years of dumsor against someone who has no such record.”

He concluded that “2024 will be interesting.” 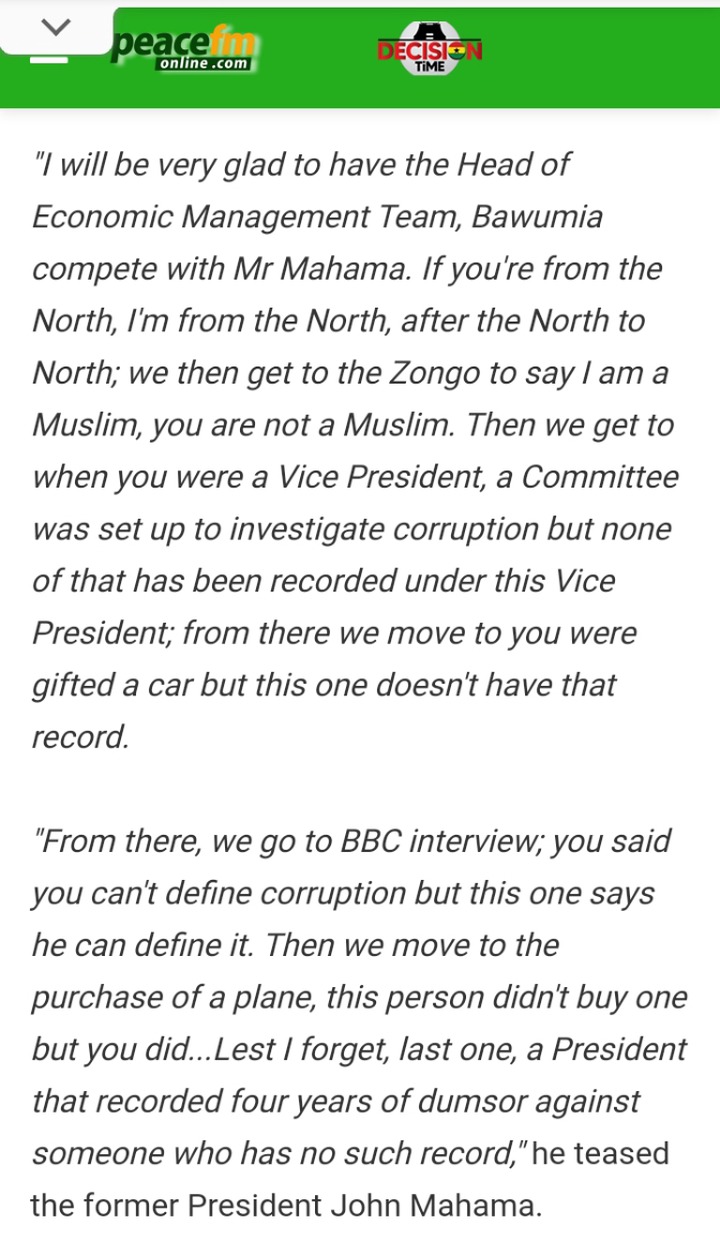 Content created and supplied by: Lawrinda (via Opera
News )

I Ran From Home; My Mother Blocked All Four Chances Of Traveling Abroad – Lady reveals